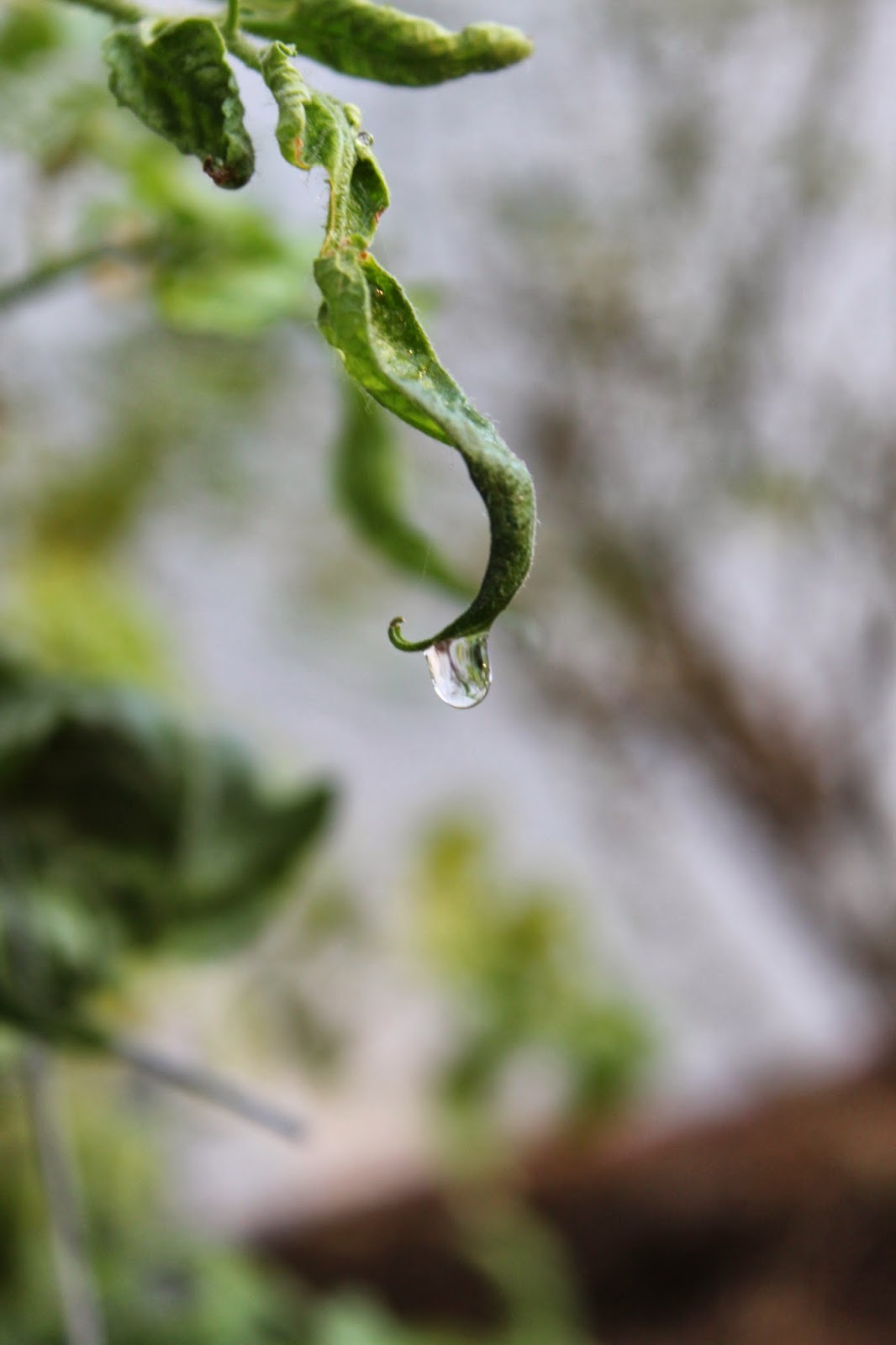 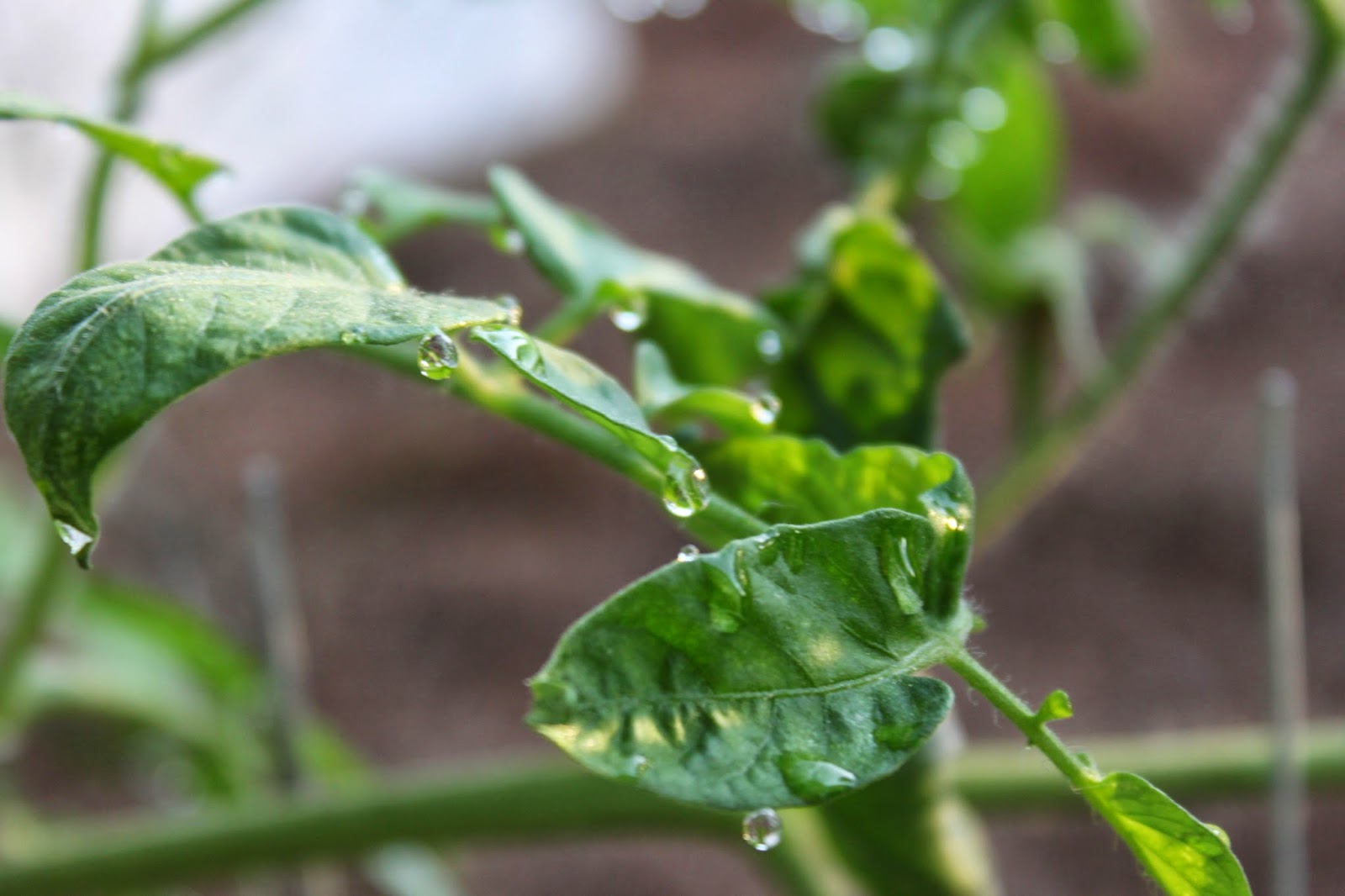 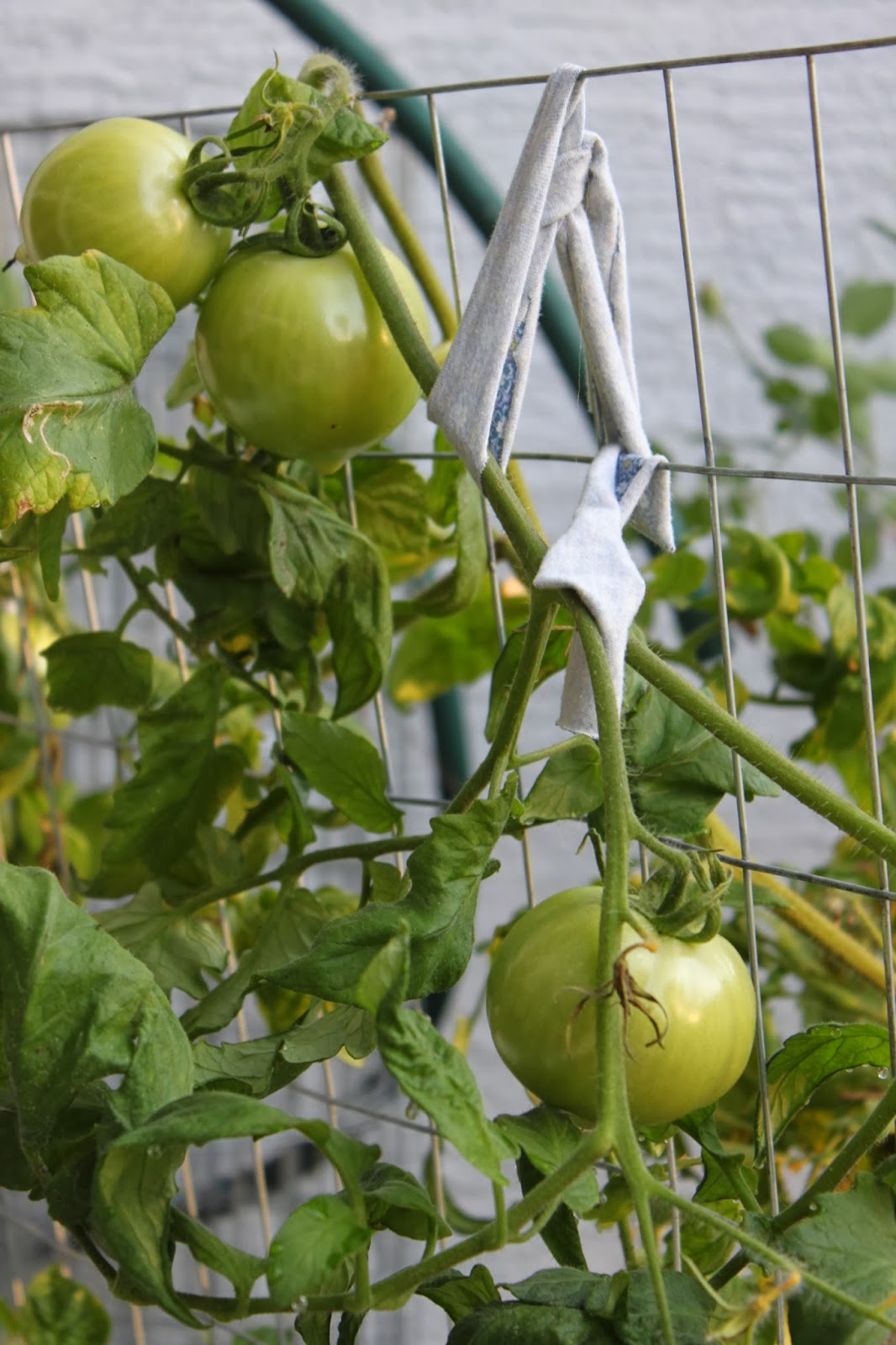 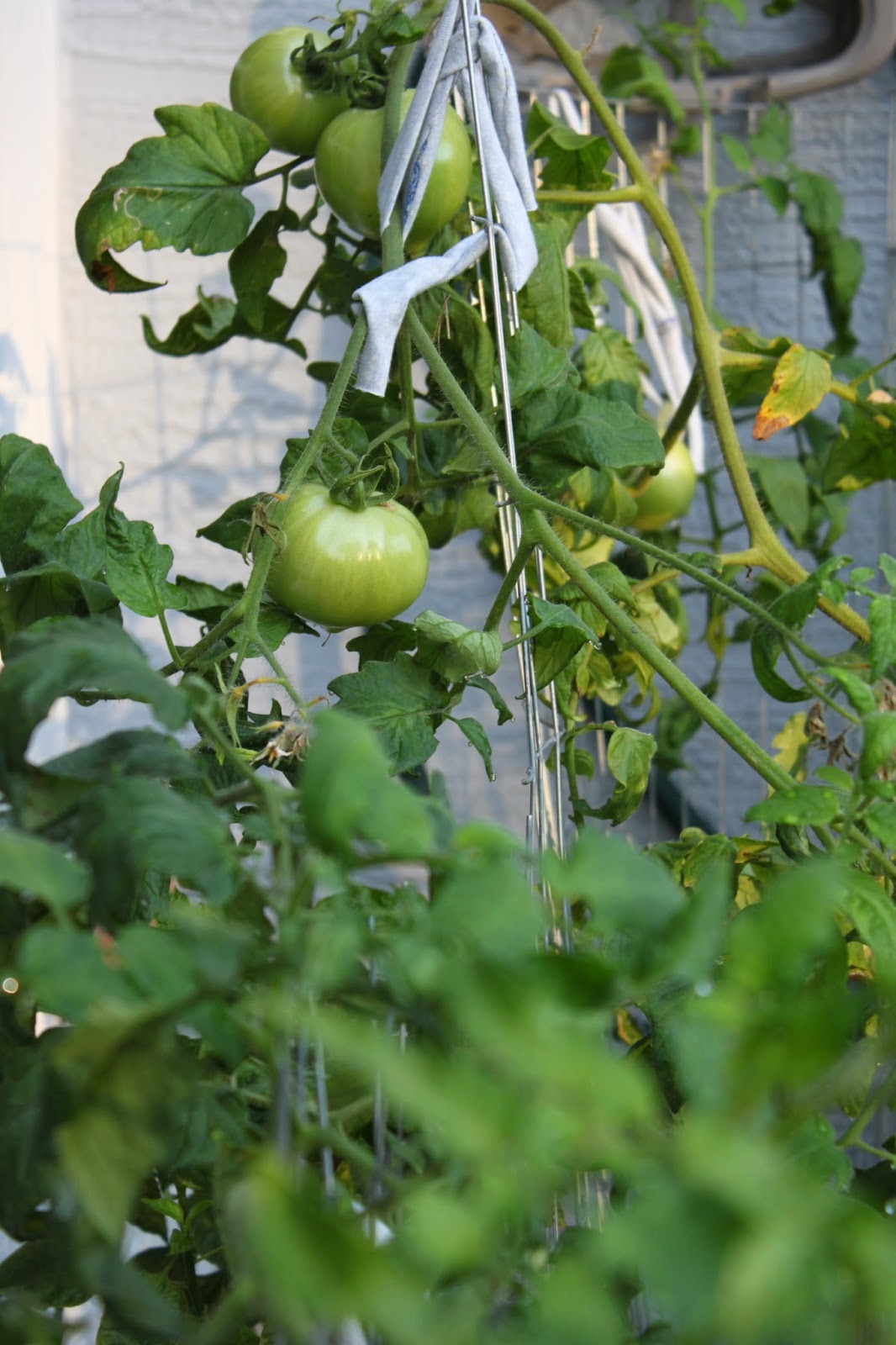 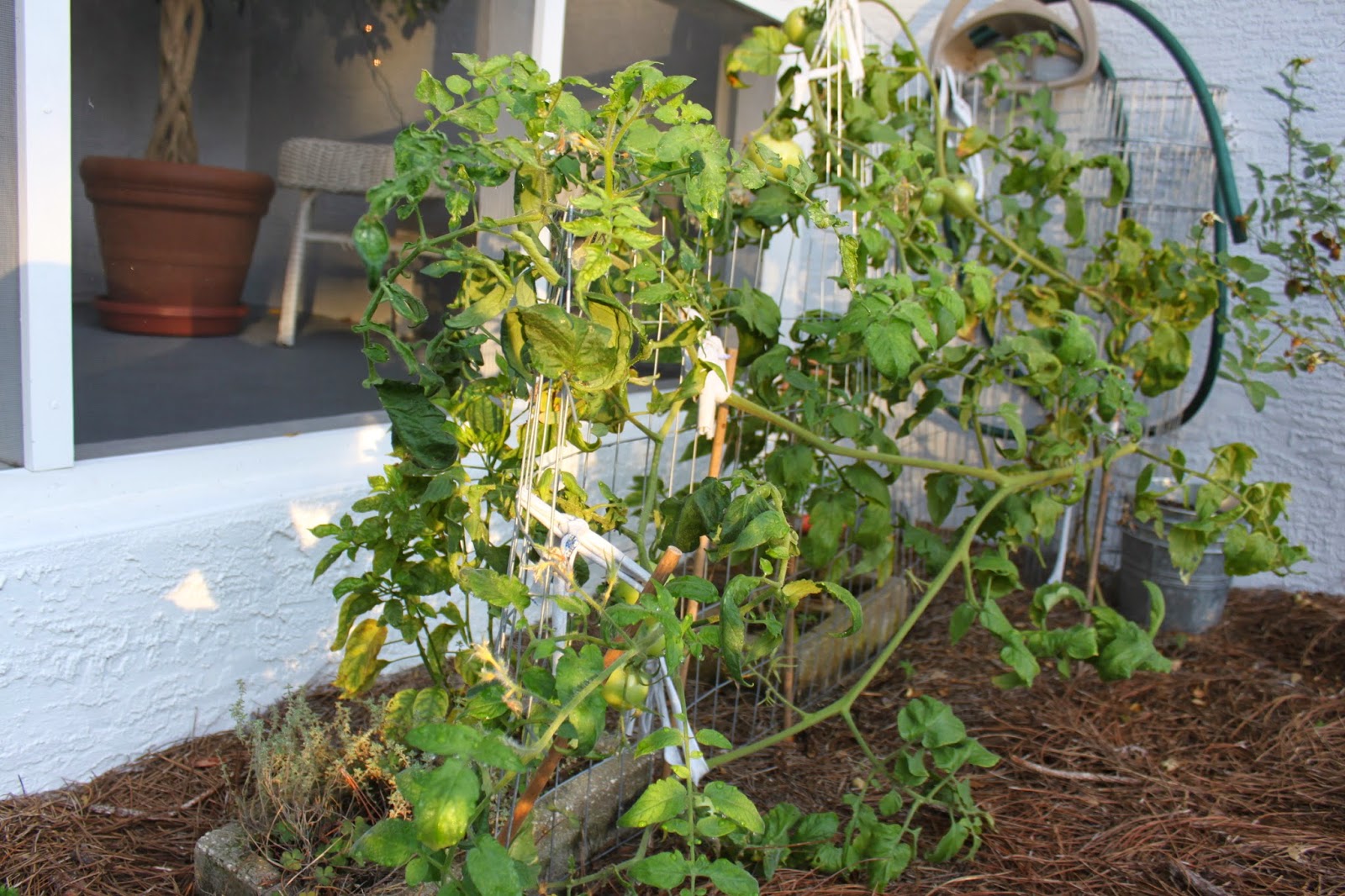 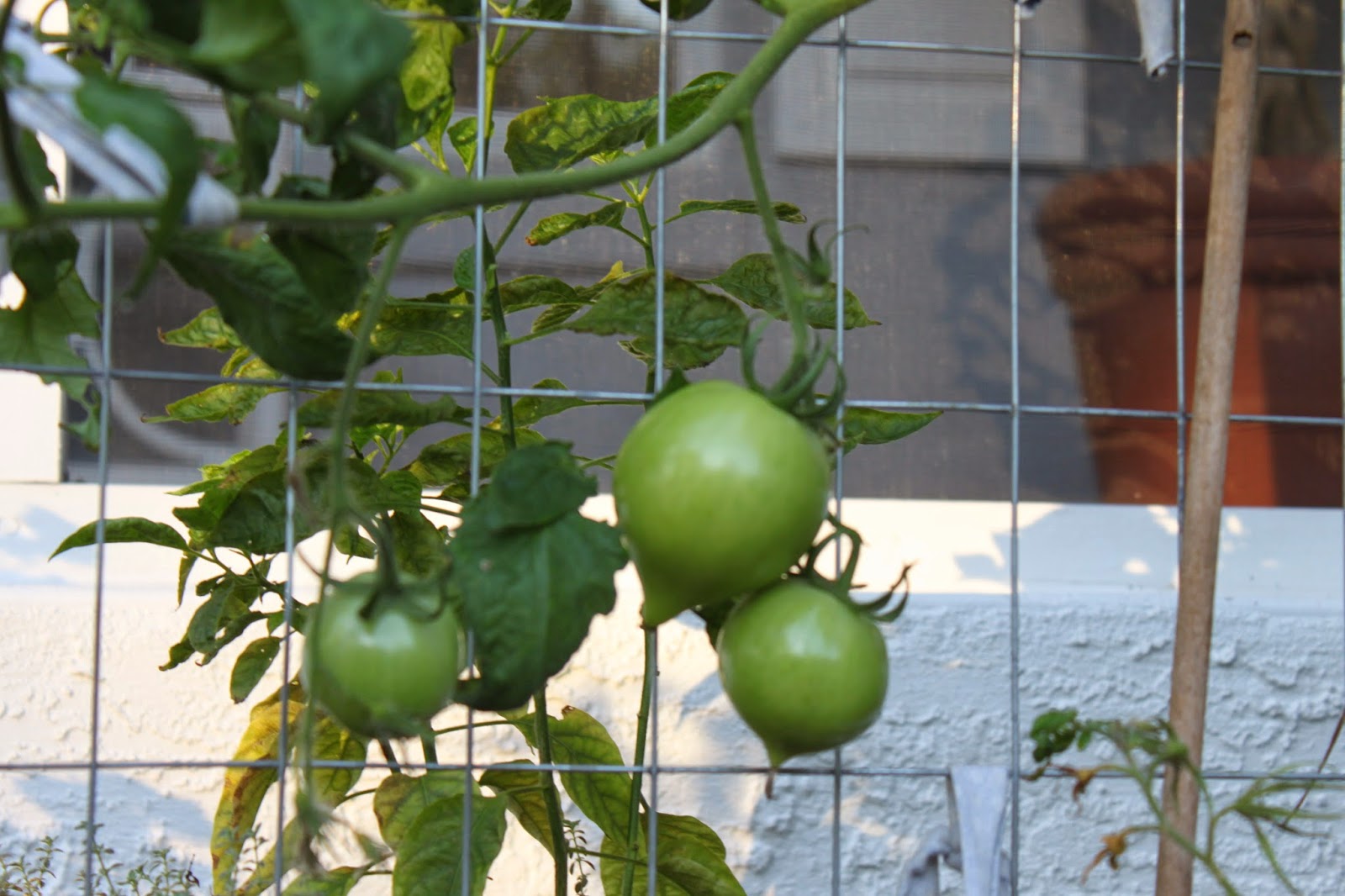 Up from the ground came a very nice tomato plant, that I did not plant. If I had, it surely would not have looked this good. Frost was coming so I covered the plant and everything was saved. The next cold blast came in the middle of hospital stays and brain surgery and Christmas celebrations; so I picked the tomatoes in hopes that they would ripen after the fact. Sadly, it was not meant to be. They were as hard as a rock at picking and, even though one had begun to turn red, they never did do much. Some began getting brown spots and I eventually tossed them. It was fun while it lasted and quite a novelty in our house. Reminded us of the time we fed the goats watermelon and after moving the goat pen we had watermelon the next winter.
Posted by LISA at 11:00 AM

We had some tomatoes grow quite late in the season and had to pick them green. I put them in a "sunny" (an iffy proposition in this climate) window, with a banana and they did - slowly - ripen up. The banana gives off something (ethylene maybe?) that helps them ripen.

How is your dad doing?

My dad is doing well. So well we often remind him he has a brain tumor. So well and so few side effects he is beginning to wonder if the treatment is actually doing what it is supposed to do. Trusting the Lord is working and doing a miracle with no side effects and few symptoms of these tumors.

LISA
I am a Christian, wife of the foot guy, mother of five (all at one time) strawberry children, Jacob, Seth, Caleb 19, Hannah 16, Rebekah 14,the bread lady, home educator of three, wanna be photographer, thankful farm girl.