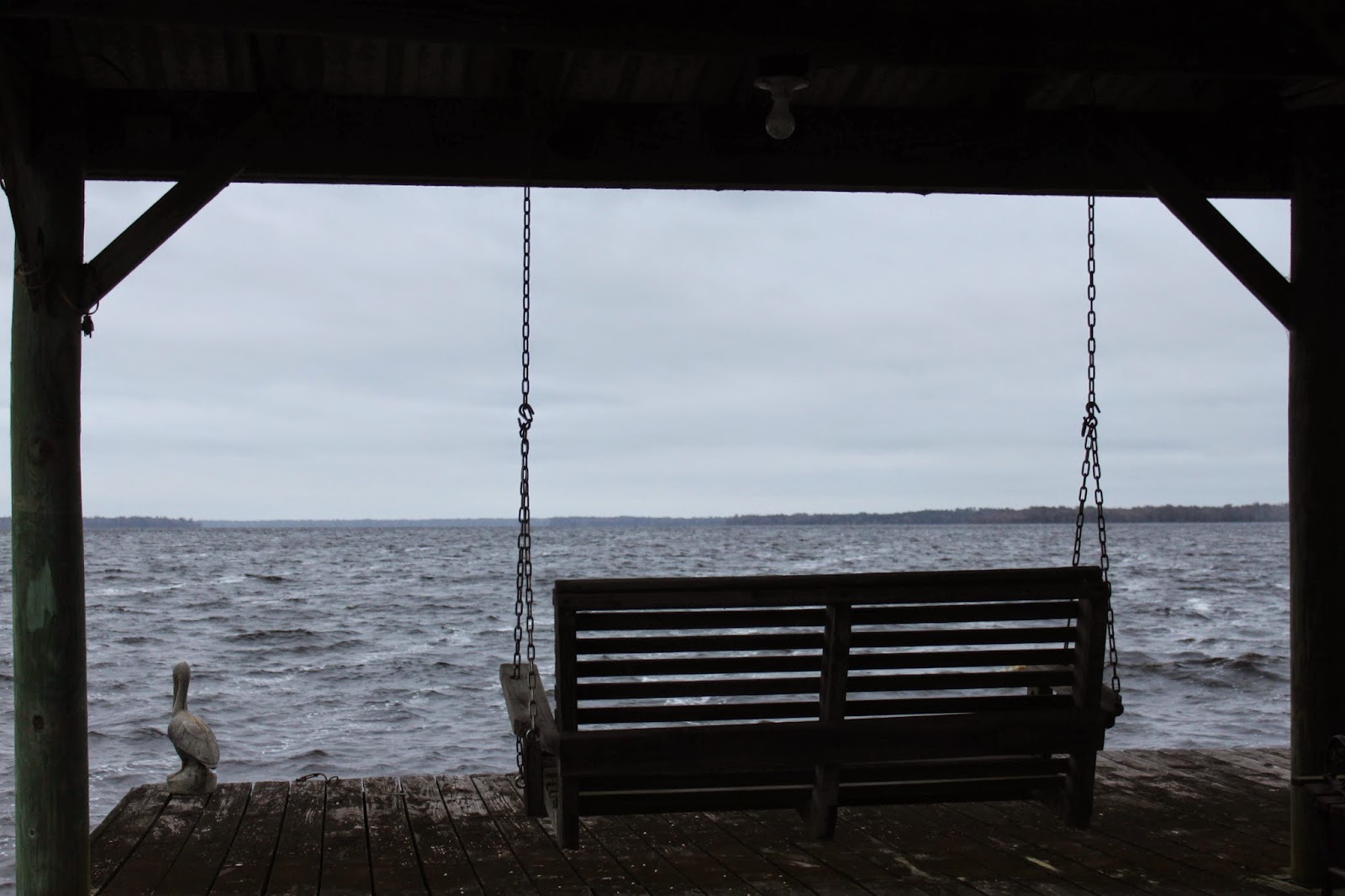 the dock - New Year's Eve 2015
Last night the view was rough, cold (okay cool for those of you that are in cold climates), windy, and even though not visible, there were whitecaps on the waves. It seemed fitting for the very last day of December 2014. Not a wonderful month to remember and yet I find myself not wanting to forget. We did, after all, survive! We muddled our way through a hospitalization, my dad had a peritonsillar abscess, all seven of us had the flu, (the one that the flu shot did not cover, which was okay because none of us had the flu shot), my husband devleoped walking pneumonia, a young man had a pilonidal cyst; not one young man, but two young men! Gave the flu to my mother and father-in-law, and Hannah had a neurological scare that almost sent us to the emergency room; a pretty big deal since none of my children have ever been there.

It was a pretty rough ending to a year that was very joyous at times and incredibly difficult at times.  But no matter what I want to remember.
I want to be grateful in good times and bad.
I want to count it ALL joy, James 1:2-8.


So, the following celebrations were cancelled during all of those trials:
25th anniversary

a graduation party to celebrate our two oldest boys graduating from college, on the same day, from the same school, in two separate ceremonies (5 of us were sick) 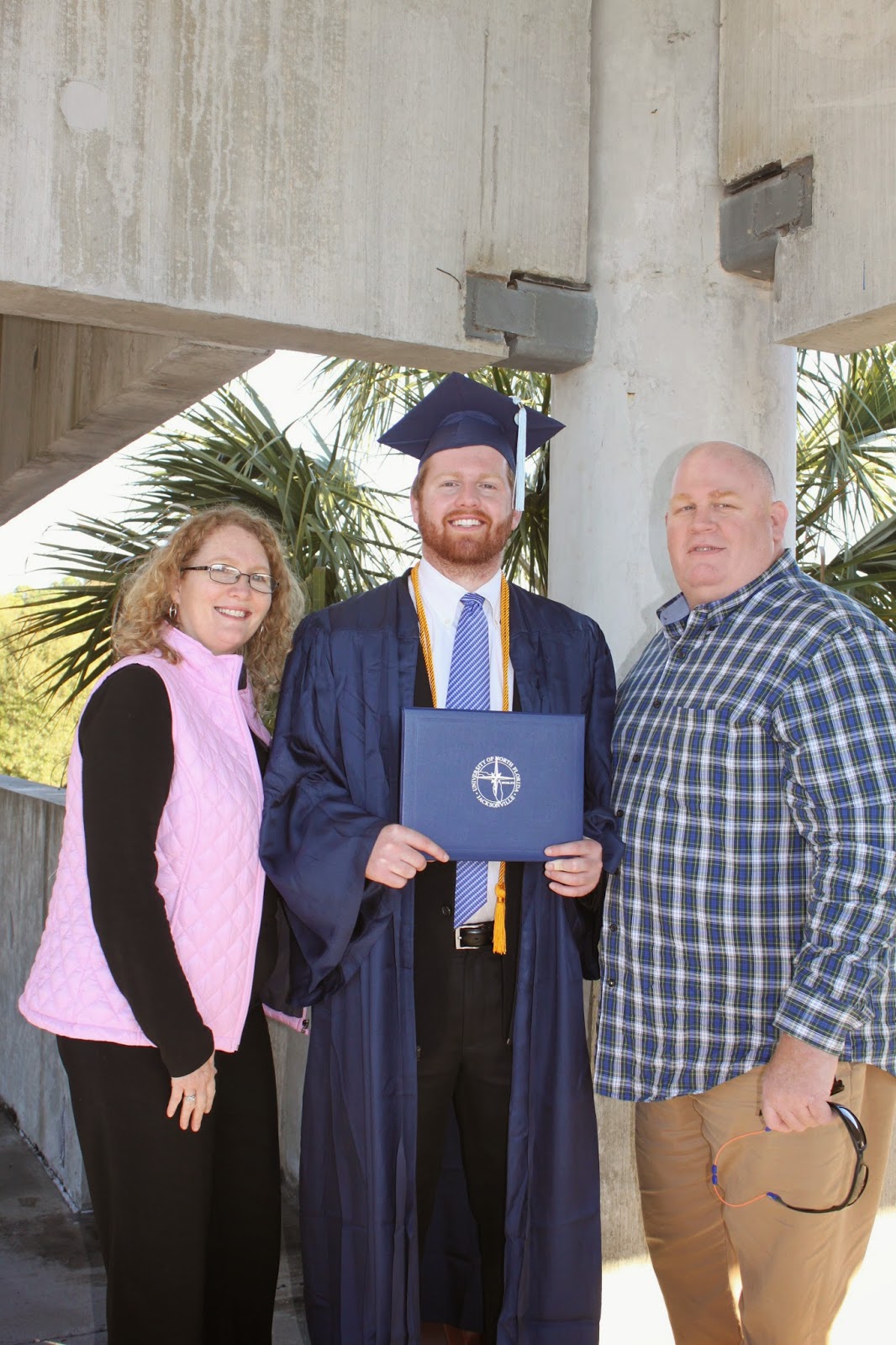 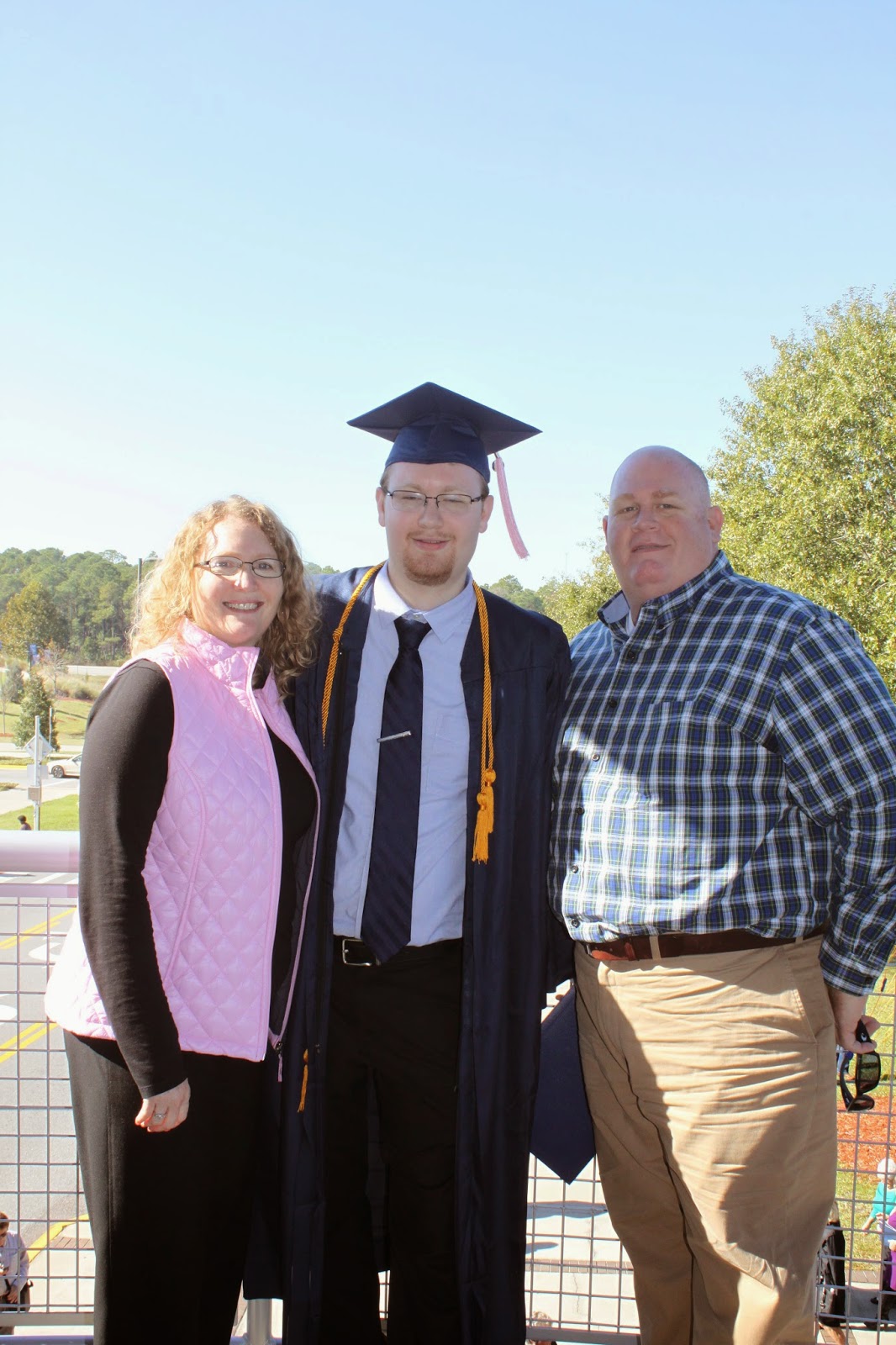 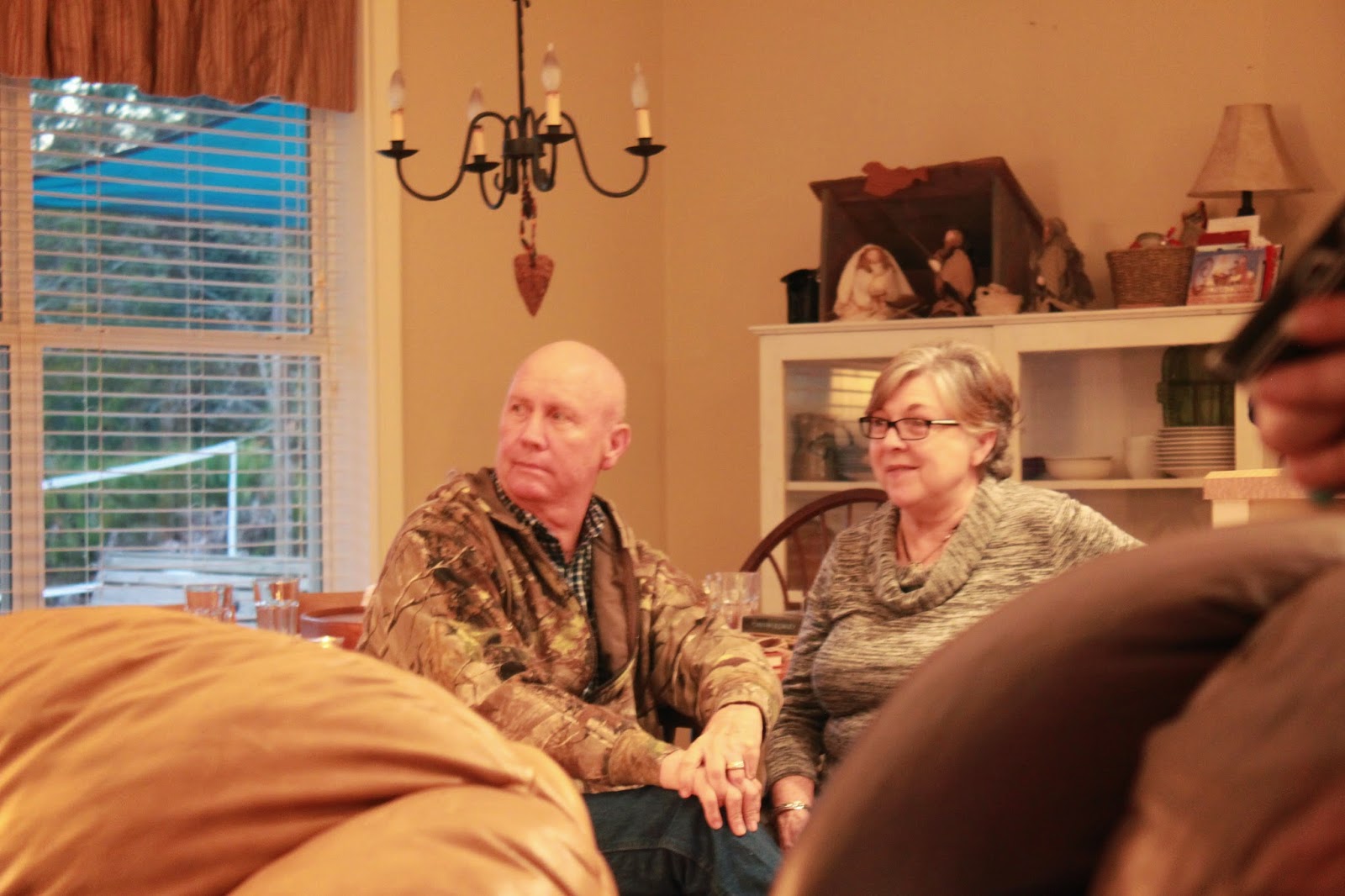 Christmas Eve...
This was the view from the swing last night and I have practice keeping my focus in the right place. This is my favorite spot to bring in the new year. So sweet all tucked in the woods, beautiful surroundings, reflective, kids enjoying themselves. Sometimes we stay the night and sometimes we don't. It's always different yet never disappointing. 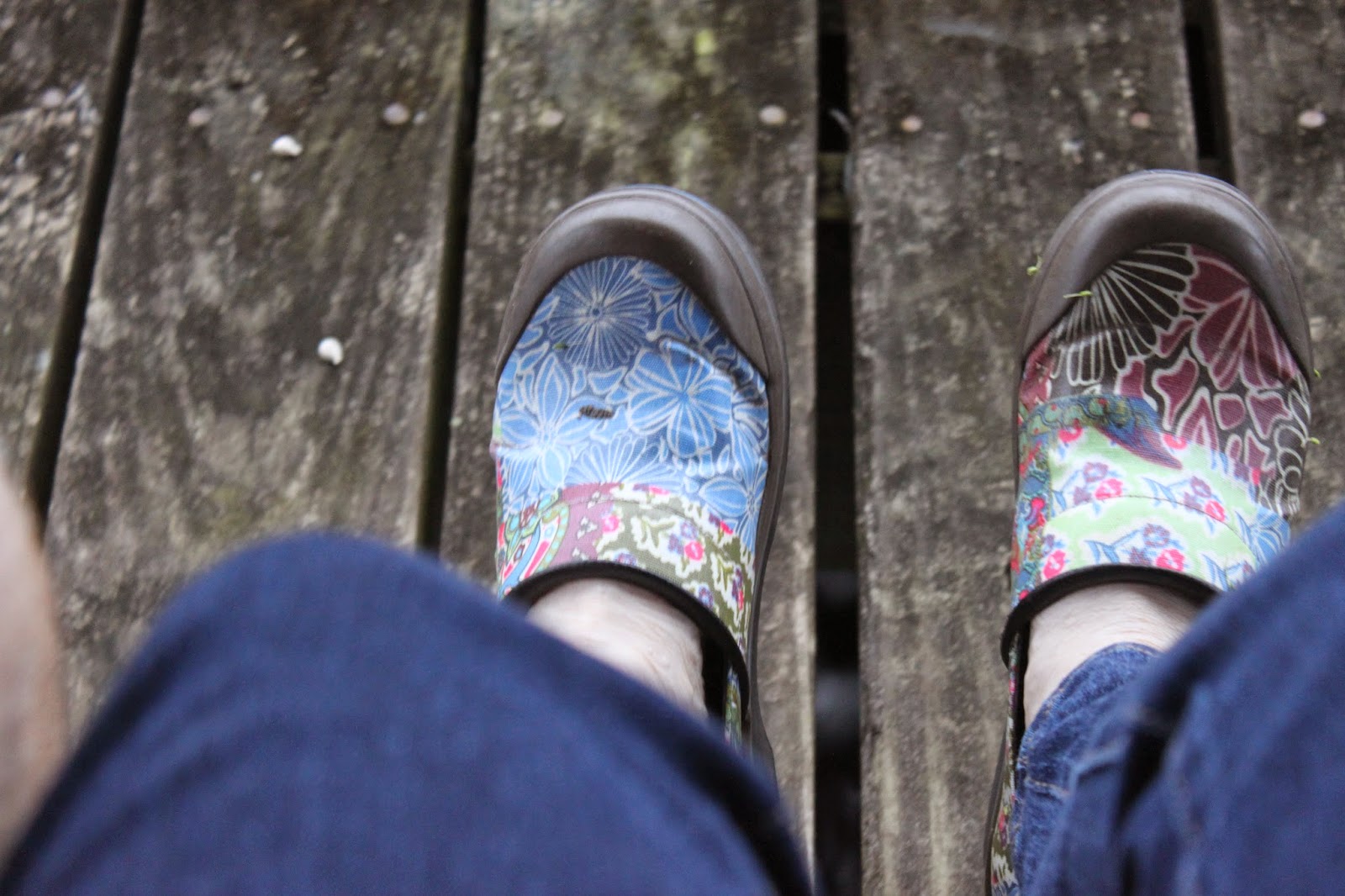 I must say I like calmer waters, and the air a bit more still, when I spend time in that swing. Never the less I still want to be there. This is my favorite spot to ring in the new year and it doesn't matter what the weather is. 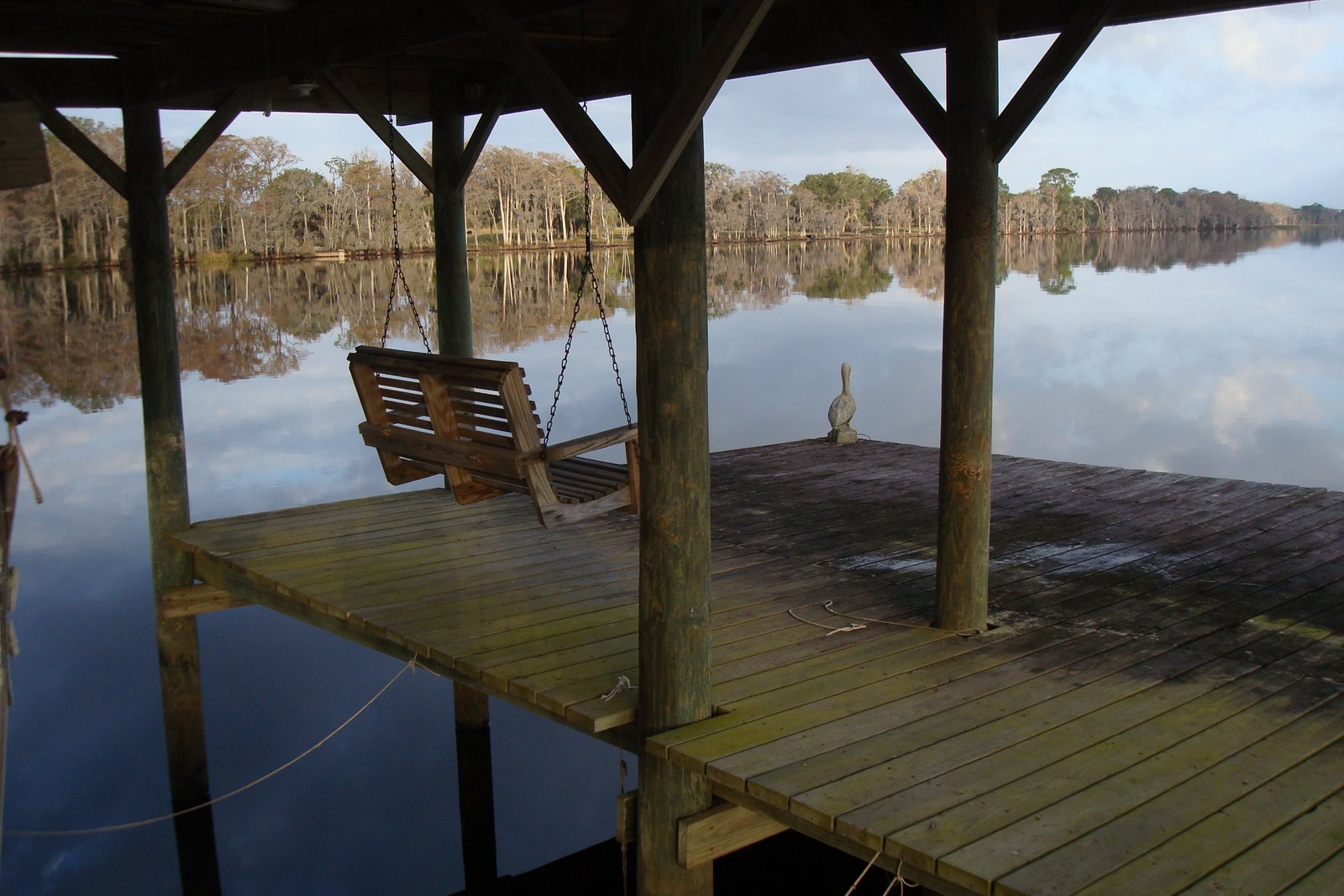 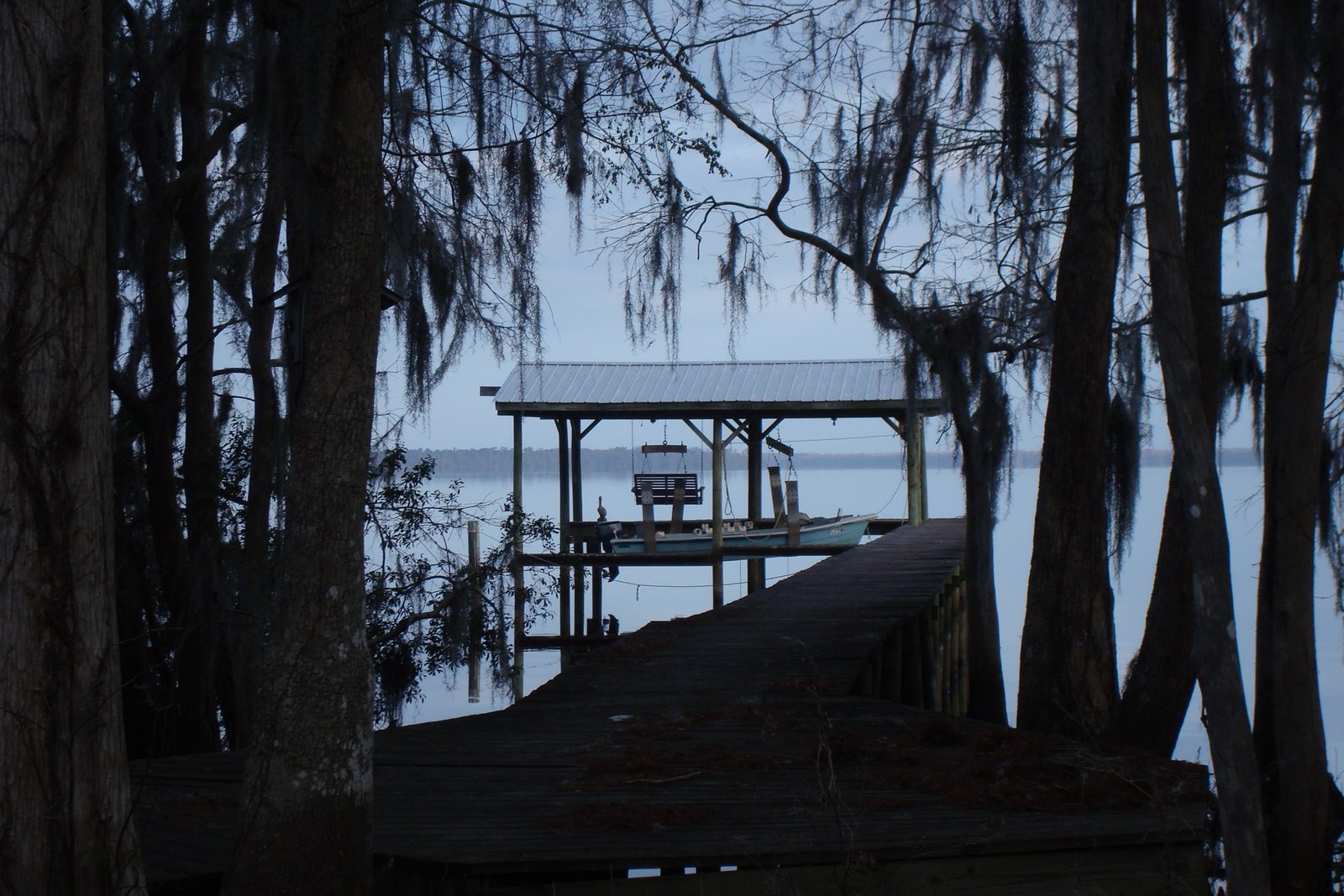 We too have had our share of storms in the last month... Some rougher than others. The dock looks like a beautiful place to bring in the New Year no matter the weather. Here, it has been brutally cold, we ran in the New Year trying to stay warm and in bed early because we too have had the flu... And yes, we had the shot...ugh!

What a great reflective spot!

Sorry you had such a round of illness with your loved ones! Here's wishing you a happy healthy peaceful 2015 with a side of love and joy!

LISA
I am a Christian, wife of the foot guy, mother of five (all at one time) strawberry children, Jacob, Seth, Caleb 19, Hannah 16, Rebekah 14,the bread lady, home educator of three, wanna be photographer, thankful farm girl.